Created 25-Jul-14
21 photos
The period between the latter half of the sixth century and the first half of the tenth century A.D. an interval of four hundred years, marks an important epoch in the history of South India and its culture. The important dynasties viz. the Chalukyas of Badami, Pallavas of Kanchi and the Pandyas of Madurai rose to power. Along with their paramount authority the revival of Hinduism was also heralded. . These dynasties were the great contributors to the development of art and architecture in their respective regions. In fact they were also rivals in the realm of art, not as the destroyer of each other’s art productions but as patrons. Their keen competition paved the way to the affluent output of permanent artistic monuments in stone. The Pallavas of Kanchi became the central power geographically, politically and culturally. They developed for the first time architecture and sculpture in hard rock in this area. The Chalukyas and Rashtrakutas continued the pre existing tradition of rock – cut art……….. Dr. D. R. Rajeswari


The temples of Pattadakal which is located about 22 kms from Badami have been accorded international recognition and prestige. These monuments represent the greatest achievements of the early Chalukyas in the field temple architecture and can be considered as the embodiment of the excellence of Hindu architecture in Southern India. In their day the Pattadakal temples must have represented the highest order of excellence that man has achieved and the stylist representation of the Dravidian architectural form. In no other temple of South India you will find such extensive sculpted panels, decorative columns, statues of with intricate work as in the temples of Pattadakal. This is nothing short of an “Architectural Explosion” that confronts you when you visit this place and has to be seen to be believed.


Like the Pallavas the Chalukyas also had an impressive line of kings who in their own way added to the architectural excellence as also establishing their hegemony over the adjoining rulers including taking the battle right into the heart of the Pallava territory.


Briefly, the following s the line up of the Chalukya kings:

The sandstone temples at Pattadakal constructed by the Chalukyas comprise of the largest and the earliest group of standing structures in South India. These temples are unrivalled in their artistry excellence and architectural style and geniusness. The intricate carvings that adorn the wall panels, the details on the columns, beams and wall brackets exhibit selected narratives from the Hindu epic Ramayan, Mahabharat tales from the life of Krishna. Apart from these there are exquisite sculptures of ladies and couples adorning the many columns of mesmerizing beauty.

Never have I seen anywhere in South India such am architectural marvel as in Pattadakal.


As I came out of this place I was in total awe and admiration of the engineers, architects, sthapatis, artisans who created this marvel at Pattadakal – literally poetry in stone. 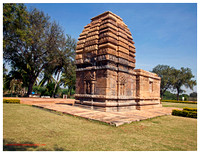 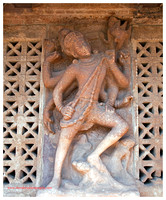 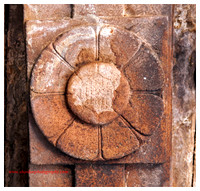 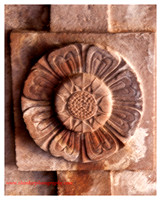 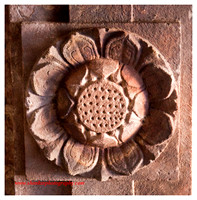